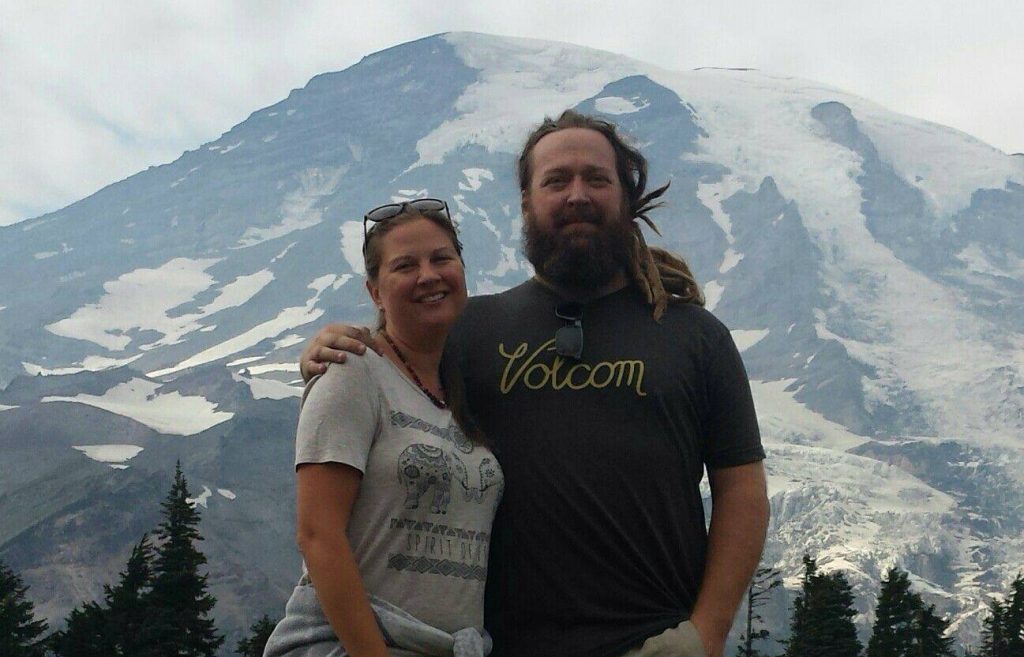 I'm gonna start this one out a little differently. I'll start with a confession.

I was always a little nervous that my wife was far more adventurous, brave, and daring than I was. Which presented a bit of a challenge to me when it came to leading my family on a great adventure.

When she graduated high school, she didn't go straight to college. Meagan went on a road trip across the country with some of her friends who had purchased a Bluebird School Bus, which they gutted and installed bunk beds. They traveled from West Virginia to California and back again.

When I met my wife, she had seen more of the world than I ever thought I would. It wasn't until years later that I met these friends and got the chance to hang out with them. I was instantly impressed by how genuine they all were, and understood how they made my wife want to have the same type of spiritually they did. They're not fake, there wasn't a bit of piety about them. One of these, “Bus Boys”, as they had been called at the time didn't stop this journey, instead, he grew his own family and took them on a similar journey, building out another school bus and taking his family on the road. That was, until 6 months later when he was diagnosed with a rare form of bile duct cancer.

The response to his illness was moving for everyone who witnessed it. He had so many people show their support and love for him that it was an inspiration to everyone to live better…to be better. To be the type of person who everyone loves so much they have to tell the story of how their life was touched, if even in the smallest way.

We were on the way to see Jerb when we got the news that he had passed away. I'd like to share the story of how Jeremiah Luce affected my life.

I didn’t know Jerb very well. My wife did though. She traveled across the country with him and a few other brave souls when they were younger. I wasn’t that brave. I was anxious and worried, especially about travel. I met Jerb at a time in my life when I was struggling with what it was to be responsible for a family, a time when I was riddled with anxiety and fear. We traveled to Maryland to visit with all of my wife's old crew and ended up staying with Anna, Jerb, and the girls. I remember my car's tire was flat, and we all took turns pumping it up with a bike pump I had in my car…laughing the whole time.

When we drove to Jerb and Anna’s house, it was cold and dark outside, and I was anxious, but after sitting with Jerb and Anna for a bit, I felt warmed and comfortable.

The next morning, we woke up to Jerb making breakfast for us. We laughed and ate together, Jerb showed us the bus he converted to a bio deisel food truck, told us hilarious stories and shared his plans for going out west.

I remember being stunned by his unflappability. He seemed like a rock. So unafraid of doing something that would terrify me. I don’t think I even realized it until recently, but Jerb planted a seed in my heart that day. It was the same seed he planted in the hearts and minds of others, like my wife, who he inspired by his genuine desire for true life. He introduced me to a reality that anything was possible, and we should live with our eyes open.

I met Jerb almost 10 years ago. I only spent a brief weekend with him, but I’m writing this now from South Dakota, 1300 miles from home. We sold our home 2 weeks ago, and we’re traveling in an RV full time — something I never ever would have done the day I met Jerb. Something I needed to see from someone as fearless as him. That our life is ours. It’s ours to live on purpose, with purpose. I’m honored to have seen this from Jerb. I’m sad I didn’t make more time to get to know him…we have a lot more in common now than we did back then.

I was listening to this song today and wanted to share it. I believe the forest that will grow as a result of Jerb’s life is only now showing it’s first fruits. He was a Mighty Oak.