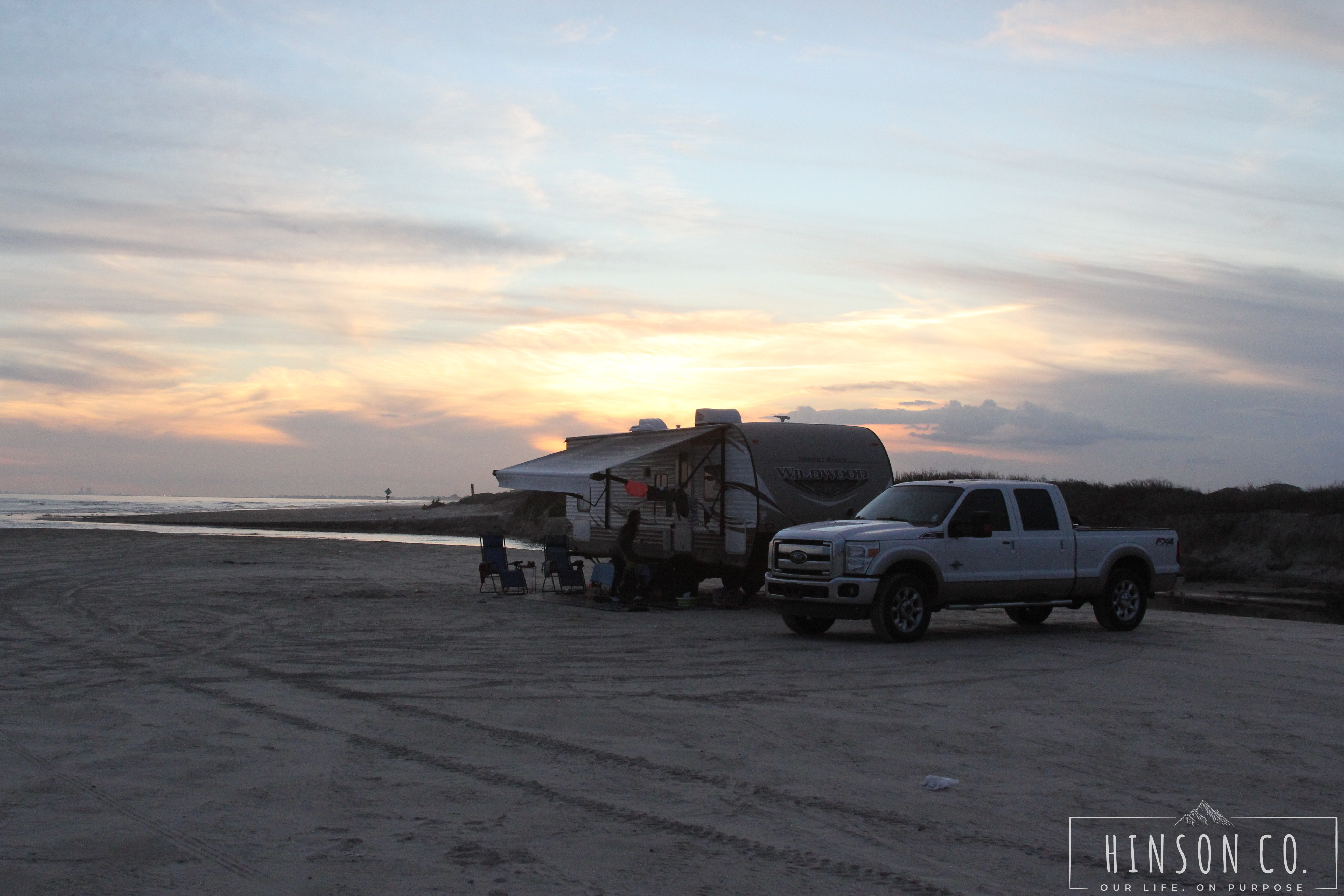 Our videos will be staggered significantly because we’re seeing SO much. Keep in mind that I didn’t even include everything I recorded in this video. In fact, I probably have 20+ minutes of the sleeping bear dunes hike alone, so I have to cut a ton just to fit it into this video, and that was only day 2 of our trip. In any case, our first video on the road is Sleeping Bear Dunes and Traverse City.

Traverse City was pretty cool, but I think the surprise of this visit was the campground. We stayed at a place called Holiday RV Park.

Holiday RV Park started as an exclusive Airstream membership club. The members all paid a fee, and had to have airstreams (yeah, apparently that was a thing). Later though, the park began accepting any RVs but still kept the Airstream spirit. If you like Airstreams, this place has basically any model. It’s probably 60% occupied with Airstreams. But that’s not all.

Holiday RV Park is beautiful. It’s on a lake (there are lakes everywhere). They have a beach, boat access, tons of paved road to ride your bike, half a dozen playgrounds, AND an island (I know right?!) that you can camp on and ride your bike around. I just…can’t think of another RV park I’ve been to that is as nice as this one.

At Sleeping Bear Dunes, The Dune Climb was really beautiful. It was also a ton of work. I’ve hiked a lot in my life, but I’ve never hiked anything like this. You know when you’re coming in from the beach and you’re trudging through the deep sand? It was that … for miles.

Hannah read all the signs (she always does), so she knew there were twenty-seven dunes in total, so she was just counting down. I had no idea, so every one was a new and horrible surprise to me. Getting to the end was an incredible relief. I think if you had a ferry service and charged to carry people back to the start you could make a killing.

That said, it was a constant breath-taking view. It was really amazing, and totally worth it.

After the dune climb, we took the scenic drive (the Philip Something Scenic Drive) and at the overlook for dunes 9 & 10, Meagan and the girls ran down the super-steep dune to the lake, then came back up it. It was 450ft of elevation, and probably a 45 degree angle. It took them about 20 minutes, which is saying something. The video doesn’t even show how crazy it is. There’s a big sign at the top warning people not to get stuck.

Life on the road, an update:

We’ve been on the road now for three weeks and I think we’re finally falling into our rhythm. We’ve become proficient at setting up and breaking down our camper. We’ve stayed at 10 different places so far, so we’ve had a decent amount of time to start perfecting our processes. I have a lot to geek out on there, but I’m fairly certain it will bore you all, so I’ll skip it for now and tell you about what real-life looks like on the road.

We started homeschooling after Labor Day. We’re now schooling all three kids. We’re still learning a good rhythm with all three kids at the same time. We usually start with a story together, geography about the state we’re in, then the work starts to become more individual as their skill levels vary from subject to subject. Hannah and Norah are using the same math curriculum, which is new to Hannah, but not to Norah, so they’re working together on some stuff at the moment while Hannah reviews. Norah is enjoying showing her the ropes.

Liam is working on learning his letters, phonics, and in math he’s focusing on patterns and numbers as they relate to objects around him. He enjoys the hands-on counting, sorting, grouping etc. It’s right up his alley since he likes to organize things into boxes and sort his toys by size.

Work is going well too. We’ve had enough cell signal up until now that I’ve been able to stay on top of my work and keep meeting with my team every day. We switched to Verizon before we left, and I’ve been using my MiFi device to create a pretty reliable wifi hotspot.

I have had to get my cell booster out and configure it a couple times, but it’s been pretty smooth in spite of the hiccups here and there. For those of you interested, here’s my hierarchy:

Good Signal: Tether or MiFi from the camper
Ok Signal: Boost and Tether or MiFi
Bad Signal: Library or Coffee Shop for Calls & Connectivity, offline for everything else.

The bummer about doing normal life while you’re traveling is that you have to cope with your FOMO (Fear of Missing Out). You just have to accept that you probably won’t be able to see the destination you’re at the way you would if you were vacationing and spending every day as a tourist.

Sometimes, you just have to work, but you get to work from a beautiful location…so it’s not bad. We still have stressors. We don’t have yard work and as much house to keep clean, but we have other things that cause stress. We are more affected by the elements like wind and rain than we were before. A bad storm can be scary when you live in a tin can. There was flooding in Northern Michigan when we were staying there, and we were in the “flood warning” zone. Nothing bad happened, and we were ok. But we didn’t know what the terrain was like around us, or what was going to happen. That level of uncertainty makes you feel vulnerable.

Also, rain is a pain. Not as much as it was when we camped in a pop-up, but it is still annoying. After having our stuff rained on a couple times, we now just assume it’s going to rain every night before we go to bed and bring it under cover.

Keeping clean clothes is also a challenge. Where we’ve stayed has varied wildly from the beginning, which means we don’t know what our laundry situation is going to look like in a few days, so we have to be mindful about our laundry situation. We’re glad we packed more clothes for that exact reason – we all have about 2 weeks of clothes, and that buffer has come in handy multiple times.

Maybe I should get that tattooed. Every few days I’m saying it. “I wish we had more time.” Every time we move on from one place, we’re finding we could’ve stayed longer, could’ve seen more, could’ve done more. There’s just so much to see, and so much to do. For example, in Michigan, there were waterfalls, beautiful hiking trails, shipwrecks, natural springs, and much much more for us to explore that we didn’t see! We basically saw a handful of really awesome landmarks, but there were SO MANY MORE.

So, what landmarks are you close to that you haven’t seen? What’s keeping you from seeing them?